Amsterdam Central station is the busiest national monument in the Netherlands. Every day, 180.000 people use the station - originally designed by Pierre Cuypers in 1889 - and this number grows every year. The ‘Program High Frequency Rail’ (PHS) by National railway network organisation ‘ProRail’, increases the capacity of the station with a new transfer tunnel and wider platforms.

Our plan achieves al the project goals by ProRail, but it offers more: it restructures the whole station with a few surgical interventions. The design helps the traveller to orientate fast and comfortably and strengthens the existing heritage.

The plan builds on the power of the monument. The crucial element in the design is the so-called Transition zone. This zone is created by revamping an underused logistic space. The new zone marks the transition between the monumental ‘Cuypersgebouw’ and the transfer tunnels on the east and western side of the station. The transition zone unburdens the busy and incomprehensible Cuypersgebouw, reinstating its original role as a generous welcoming domain.

The plan performs maximally on flexibility and sustainability. The transition zone is a robust idea. (Inter)national train traffic continues to rise, the transition zone can grow accordingly. New tunnels and entrances can easily be added and connected to the zone, preserving the new structural clarity of the whole station. The design of the new transfer tunnel creates a modest, refined interior for the traveller. In contrast, the staircases in the tunnel leading to the platforms, are generously materialised, bathing in light. The traveller follows the sequence of light patio’s, easily finding its way.

The plan by Civic, studioSK & RAB prepares Amsterdam Central Station for the future. The design not only qualitatively improves the station, it also simplifies the installations, increases the phasing options, and saves millions on the referential design that formed the basis of the design tender. 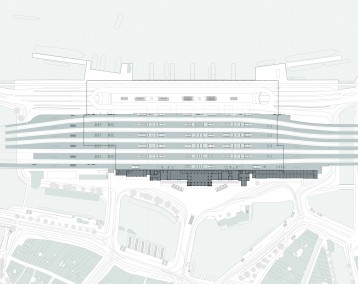 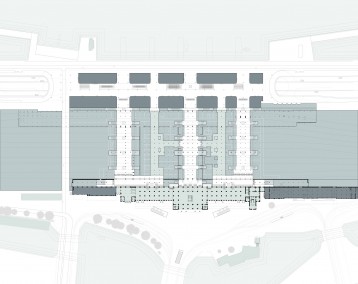 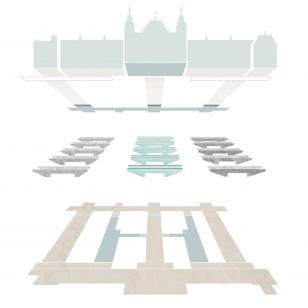 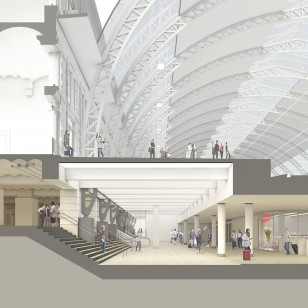 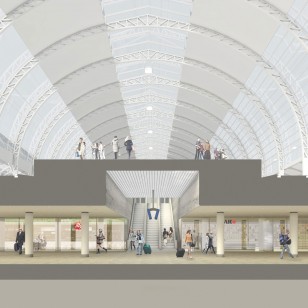 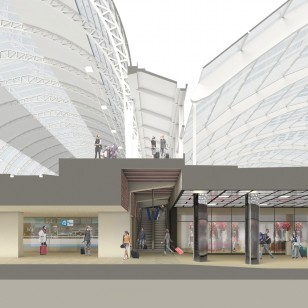