The formula of Zomergasten (a Dutch television interview programme) is undeniably strong: two chairs, a host and an interesting interviewee. The guest programs its ideal television evening and the discussion unfolds around it. The setting, however, has changed substantially throughout the years. The focus shifted from the scale of the chair, to the scale of the large images projected behind.

Initially there were two arm chairs, one large table and a small television. But, during the season of 2016 the stage was set around a monumental perimeter projection set in the outdoors.

In our media-world, it is not the media-fragments, but the conversations around us that convey the program and its unique character. That’s why we propose to reset the setting, by refocussing on the conversation inwards, without passing on contemporary media techniques. 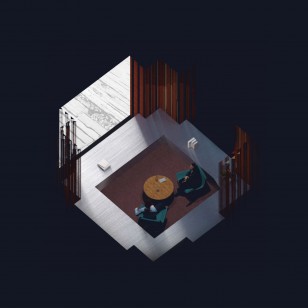 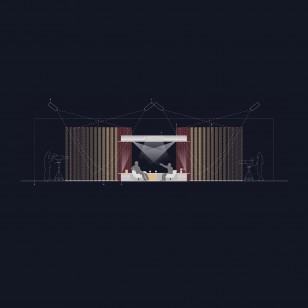