The ‘Piushaven Pavilion’ is a public structure on the central pier in the old city harbour of Tilburg. It integrates a restaurant and a public square on the ground floor and is encapsulated by a public viewing platform above it; allowing public and private functions to co-exist simultaneously. It has a distinctive presence, characterised by a monumental steel structure with wooden finishing.

The pavilion is positioned close to the water, offering visitors a beautiful view, while keeping 2/3 of the plot open for public use. The roof also forms a viewing deck and acts as a shelter from the rain. Events and leisure activities can take place in various ways and as a result, the new pavilion reanimates the public realm.

The dominant feature of the new pavilion in the Piushaven in the historical town centre of Tilburg is its black steel eaves construc¬tion. The powerful structural beam evokes images of the heavy cargo ships that used to dock here. At the same time, it conjures the atmosphere of what was, in those days, an industrial zone. The harbour was created at the beginning of the 20th century for the grain trade on a tributary of the Wilhelmina Canal. Today, yachts and other boats drop anchor here, and the old harbour basin is now being rediscovered as a leisure area and a location for various events.

The peripheral steel beam not only defines the edge of the roof and shades below, it also forms part of the balustrade to the observation deck. This U-section member consists of a 2.5-metre-wide steel plate bent to shape and reinforced by bracing elements. Seen on plan, the beam is drawn like a frame around the pavilion greater. The structure is the architecture and thus forms a powerful addition to the Piushaven harbour.

All columns and beams of the steel structure are rigidly connected to each other. This allowed us to create a flexible layout for the restaurant without bracing walls as well as a fully glazed facade that is elegantly set back behind the iconic steel construction. In order to protect the old timber foun¬dations of the quay wall, the columns for the new pavilion were moved back by two metres within the peripheral beam. This creates a powerful cantilever that adds to the iconic presence of the pavilion structure within the public harbour setting. 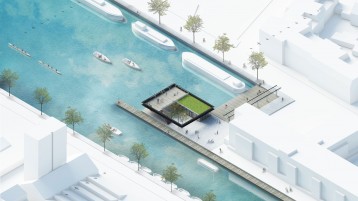 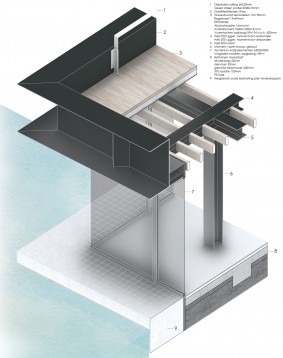 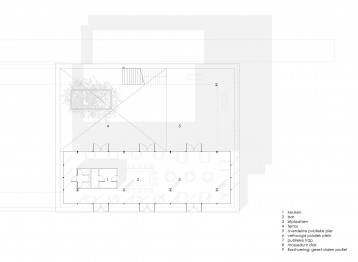 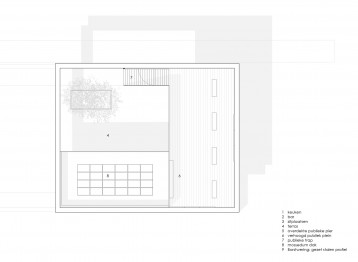 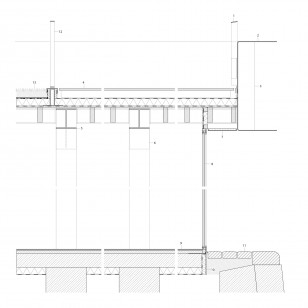