At walking distance from the station, there lies the 18.000m2 area called ‘Van Der Meulen-Ansems’. It houses the Luciferfabriek (matchbox factory), a former dormitory for nurses and several villas from the 1930’s. In 2017, the city of Eindhoven started a big tender procedure for the sale of the terrain. For 2 years, our team worked through 3 rounds and 20 competitors and got in second in the end.

Our proposal turns this once forgotten area into a new neighbourhood: connected with what was, interwoven with what is, ready for what will be.
The spatial plan consists of 4 layers. The ground floor is green, grounded and accessible. The buildings follow the rhythm of the existing halls and are moulded to the surroundings with very precise rotations (1). Four iconographic high-rise elements are hovering above. A daydream city in the sky. The Roofscraper is the most prominent element; a horizontal icon that rised above the old nursery dormitory like a cloud. With a 40 meter long staircase, you can climb the public roof terrace.

By lifting a large part of the building, we can preserve the historical architecture (3). We reveal the industrial heritage and uncover the rich history of Eindhoven; a chronicle that’s hardly on anyone’s radar because of the current enclosed character of the area. The Luciferfabriek – one of the few buildings in Eindhoven from the 19th century – becomes a public interior, an urban and common workplace for Eindhoven.

The architecture and urban design serve the radically green public space (4). A network of squares, gardens and streets. VDMA connects parts of town that were once separated. The facades, roofs and the ground floor are covered in green. Existing trees will be preserved, new native plants and a new creek connected with the river Dommel will be added, forming a biotope for birds and insects. Pièce de résistance is the Biomakery; a subtropical green houses purifying the water in the plan. Nature and city reinforce each other.

Floating towers, a purifying green house, 1000m2 public interior. It sounds unrealistic but we did the works and crunched the numbers: head in the clouds, feet on the ground. 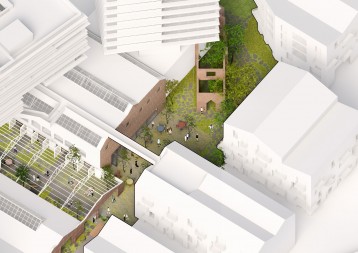 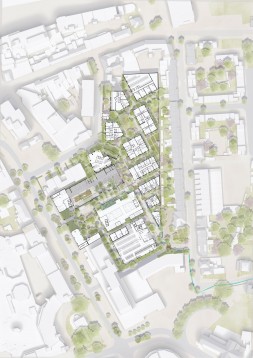 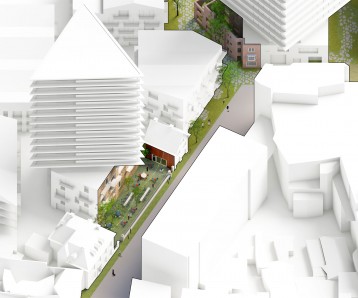 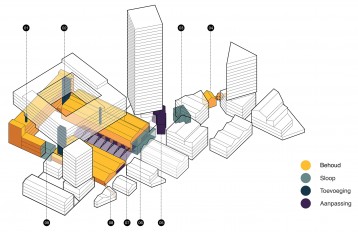